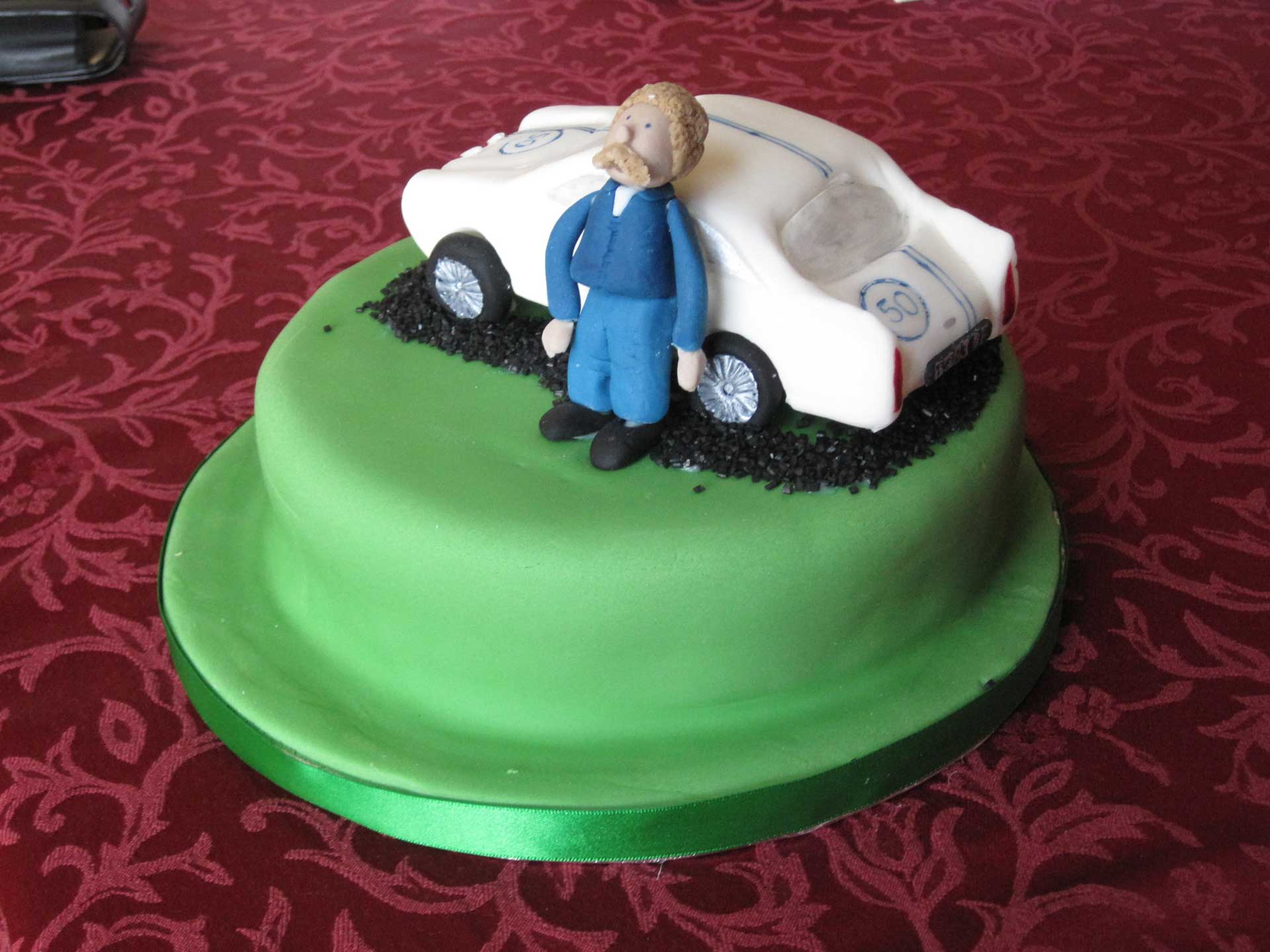 I hope you all enjoyed Star90 and didn’t get wet

So what do I have for you this time, Bit of racing in the Warwick GT350, bit of chatter on the “plastic forum” bit of news on cars, bit of an update on re-manufactured parts…all a bit bitty this time.

If you did attend Star 90 on the Sunday at Gaydon I hope you went inside the museum as they have a new exhibition on the life and times of Sir William Morris and the Land Rover that was used in the latest James Bond film, Skyfall.

On another note, it was nice to see the TR3 peddle car (which is also at Gaydon) on the front cover of the last copy of TRaction. Was that really Peter Clayton driving and FJ giving directions?

In addition, there was a most informative Technicalities article by the infamous Steve Redway about “Vibration- A Bodgers Solution”. I did ask Celia if this was the usual Vibration appliance that she uses but she wasn’t very forthComing……..however reading said article it mentions in the paragraph “Observing Vibration” (something I wanted to do with Celia but….) he says, and I quote “this is done by using a washing up bowl filled with water placed behind the seats”. Brilliant I thought, that will track it down. Alas, after reaching the optimum speed to induce that niggling rattle I had to break…… returning to the workshop and reading the article further he mentions axle stands and running the car up to speed on a flat driveway! Devil in the detail me thinks!

Jerry Ashplant has been in touch to say he has finally got 89 CUP back on the road, no photos yet though, but good to hear.

Brian White has dropped me a line to say he has entered his Peerless GT in the six-hour race at Spa (20-22nd September). When the info came back he noticed that there was already one entered! Not knowing who they were he sent me the link and it turns out to be Dan Smith and his dad. They bought a Phase 1 car (no 27) from the states and got it back this time last year.

I emailed Dan and he replied “Yes that would be us! I’m racing along with my dad and Uncle in the 6-hour race (that’s if the car gets finished!) The car has been stripped down and all the welding completed on the framework, it’s currently being painted and the floor pan fitted before we start to bolt bits on. Still, a long way to go with it and I’m leaving in June on a trip in a camper van around Europe for 4 months, stopping off at Spa during the time to race the car so I hope it’ll be pretty close by June.

I believe it will be a whole “Smith” event as my Granddad is hoping to come to be part of the ‘pit stop crew’ and my mum is coming but not watch the race as she will be too nervous!”

So a real family affair, hope all goes well for them, and Brian, and will keep you all informed as to the progress.

I think this is the first one of the year for us all? Celia has once again been good enough to fill my slot (wish it was the other way around) with another of her exciting “behind the wheel” exposé.

Between Gary Stretton and myself, we have two lines of enquiry on this matter. My contact requires 3D data for costing/measuring purposes and so I have given a set of glass to Central Scanning, a local firm (with an enthusiastic old car nut, Nick as MD) and hope to have the data shortly to pass on. Gary’s contact wants him to attend a meeting on the isle of dogs to discuss production which Gary says he can’t afford the time at the moment.

Still trying to put an order together for door handles. Obviously the more I can get together the better so if you’re interested, give me a call or drop me a line.

I did say if you knew to a show near you that would benefit from some P&W input to get in touch. Richard Durrant of Cotswold Vale fame has taken me at my word and invited us to the following show: DRAKES BROUGHTON CLASSIC CAR & BIKE SHOW AND VILLAGE FETE. Saturday 13th July 2013 10am to 4pm. The Playing Fields, Walcot Lane, Drakes Broughton. He says “Just finished reading your latest ramblings in Action (I always go there first – honestly….!!), and noted your closing paragraph regarding local events. Last year we hosted 30 TRs but no P&Ws, so how about rectifying this in July. I have got around 200 classics registered at the moment and will provide a dedicated pitch for you lot if you can give me an idea of numbers. And there is of course Meg’s baps……!! Let me know if you want more details…..the SHOW, not the baps….!!!”.

Now Meg (his long suffering wife) has legendary baps in this part of the country so it might be advantageous to attend? Let me know if you’re interested and I will get numbers over to him and I’m sure we can sort out accommodation in the local area etc.

And finally, your beloved leader has hit the 50 barrier (yes it’s hard to believe isn’t it!) too young for the old farts, too old for the Yoof, so it’s fence-sitting for me for a couple more years. The present Mrs Cluley started my weekend of festivities with this “apt” cake….think it looks more like my dad than me, but then, ain’t that the truth! I will put aside a few beer tokens for the IWE so we can have a drink then. Sorry, but I think all the cake will have gone by then.