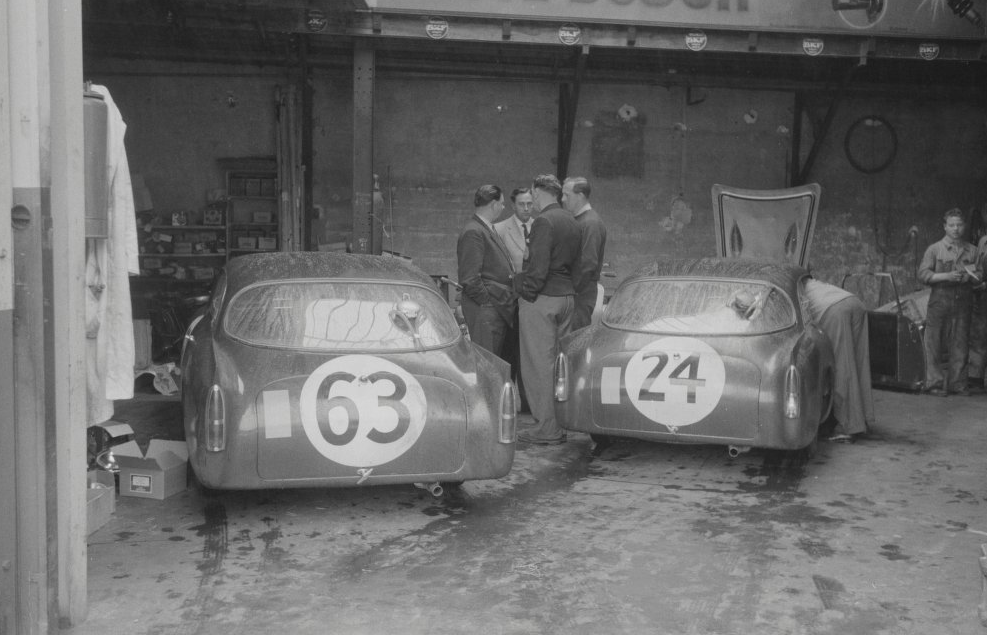 In May of 1958, with Standard Triumph’s support, The board at Peerless Motors decided to enter one of their cars (with a second in reserve) in the 2 litre GT class at the Le Mans 24 hour race that July. Triumph were extremely generous and sent two of their engineers to help prepare the engines. As far as I am aware, the aim of the exercise was to demonstrate
to the car-buying public that an almost standard/showroom Peerless was capable of ‘x’ number of laps, at one of the most rigorous tests of stamina and endurance in the world. I don’t believe that they ever dreamed that not only would the car finish the race but actually win its class with an overall position of 16th, completing an astonishing 259 laps. This fact is all the more astonishing when you realise that this poor under-funded ‘enthusiasts’ motorcar was competing against the likes of the mighty Ferrari empire with its 3-litre monsters.  Another astonishing fact was that the car made only scheduled pitstops which in total only amounted to a mere 7 minutes (this remained an unbroken record for several years).
Peter Jopp and Percy Crabb were signed up to race the lead Peerless with Ian Bailey and Dick Gibson available to drive the reserve car. The two cars prepared for the race were actually only the fourth and fifth cars off the production line and consequently, some of the modifications made to these cars were carried through for the rest of production as standard features.
The racecars had oversized petrol tanks in the sills as well as a third tank in the boot. As far as I am aware the boot tank fed the sill tanks under gravity and had its filler pipe protruding through the parcel shelf and the rear windscreen (which was Perspex). In fact, even the rear quarter-lights were replaced with Perspex, presumably to reduce weight. With the boot tank feeding the sill tanks, there was no need for the two side filler caps and these were duly removed and the holes plated over. Other modifications included the use of four petrol pumps instead of the usual two,  a similar tactic being used with the ignition where two coils were fitted just in case. Dual circuit braking was added and steel wheels were utilised instead of the more glamorous wire variety. The engines, which were very carefully hand-built, were left completely standard with the exception of an increase in the compression ratio from 8.5 to 9.0:1. Finally, the suspension was lowered slightly, a luxury that is only really practical on a nice smooth race circuit.
The picture above shows the two Le Mans cars being prepared for the arduous test ahead of them. In the foreground Bernie Roger (the car’s designer) makes some last-minute adjustments. This picture is courtesy of The Autocar magazine 1958. If you have any Peerless factory pictures, we would very much appreciate a copy.
The Peerless covered its 259 laps in almost 24 hours of continuous rain. Averaging 84 mph it reached well over 120 mph down the famous Mulsanne Straight which I am sure you will agree says something about the sheer skill of the drivers as well as the calibre of the car. When news of Peerless’ achievement reached the papers, the factory was inundated with orders. The Le Mans car returned home victorious and was immediately put on display in the Slough showroom.
In this video, you can hear about how Ferrari, Aston Martin, and Porsche battled it out for the top spot, but it also has some great footage of car number 24 in and amongst the pack.
The Le Mans car is still in everyday use and can often be seen growling its way through the glorious Cumbrian countryside. In 1998 it, along with seven other Peerless and Warwicks, made a return visit to Le Mans to celebrate the 40th anniversary. The current owner (Ken Wilson) was able to drive the car around the circuit as part of a classic parade. In 2018 the car returned again for its 60th anniversary, along with 2 other cars. 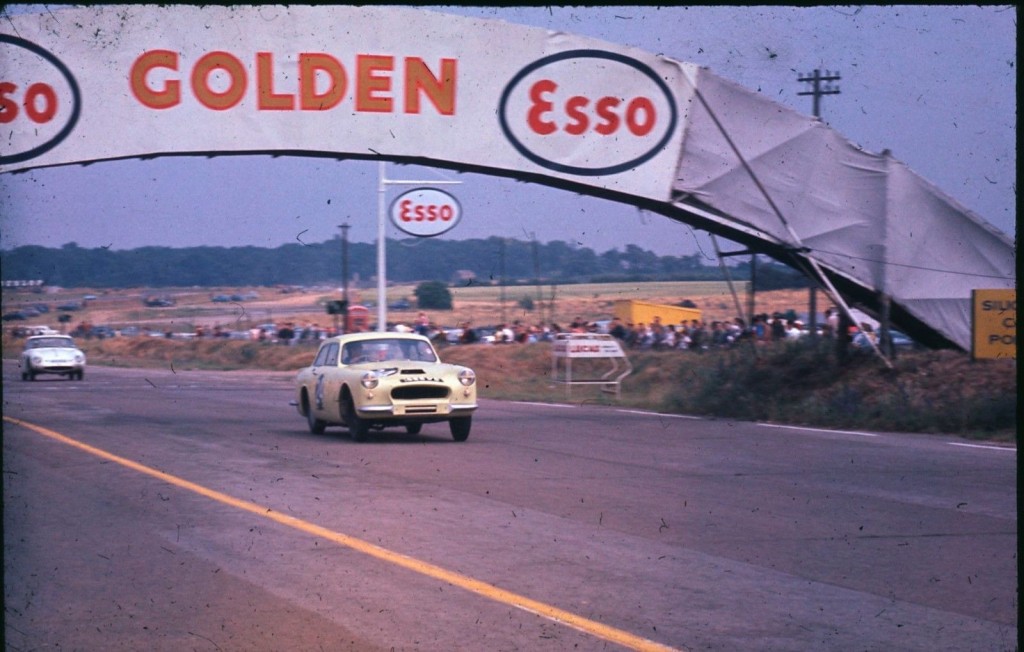 Having your cars involved in motor racing has long been a known marketing tool. Peerless, and Later, Warwick used this too. The owners were into racing themselves. Bernie had raced, he also worked for Cooper. Jimmy Byrnes raced; this was what prompted him to push for the development of the first prototype. Simon Hill, the sales manager, was a racer too, and Ron Ham raced an Elva before Peerless.

From my research and a brilliant spreadsheet from Will Ingleton, put together from his own extensive research into racing of Peerless and Warwicks in the period, the number of races entered is prolific in the short lifespan of the cars, also there were many big-name races entered in the UK and overseas.

The highlight of international racing was the two-car works entry to Le Mans in 1958, coming 16th overall. In the US, they were all private entries: Sebring’s famous 12-hour race in 1960, with a Warwick GT 350, and 1962 with a 2ltr Warwick; Watkins Glen twice in 1961 and once in 1962, all with a Warwick GT350; Road America with a Peerless; plus other US race tracks. In France, Alfred Barker raced at Montherly in 1963 and 1964 with a Warwick. In the Bahamas, Nassau 5th Annual International Speed Week 1958, a Peerless was entered.

In the UK, all the major circuits were raced at, including Brands Hatch, Silverstone, Mallory Park, Snetterton, Oulton Park and Goodwood. Hill climbs including Prescott and Brighton Speed Trials.

Some notable results from the company are Simon Hill came 1st at Mallory, Silverstone and Goodwood. Bernie Rodgers had a class win at Brands and Ron Ham a 1st at Snetterton. It seems Ron Ham in a Peerless held the BRDC Silverstone Grand Prix Circuit lap record in 1960 for Grand Touring cars 2000c to 2600cc at a time of 2.222 minutes, at an average speed of 74.10mph. There was a factory Warwick team entered in the 11th National Six Hours Handicap Relay race in August 1961. Two 2ltr cars and a GT350, Bernie was team manager with Ron Ham, Simon Hill and I. Bains as drivers. 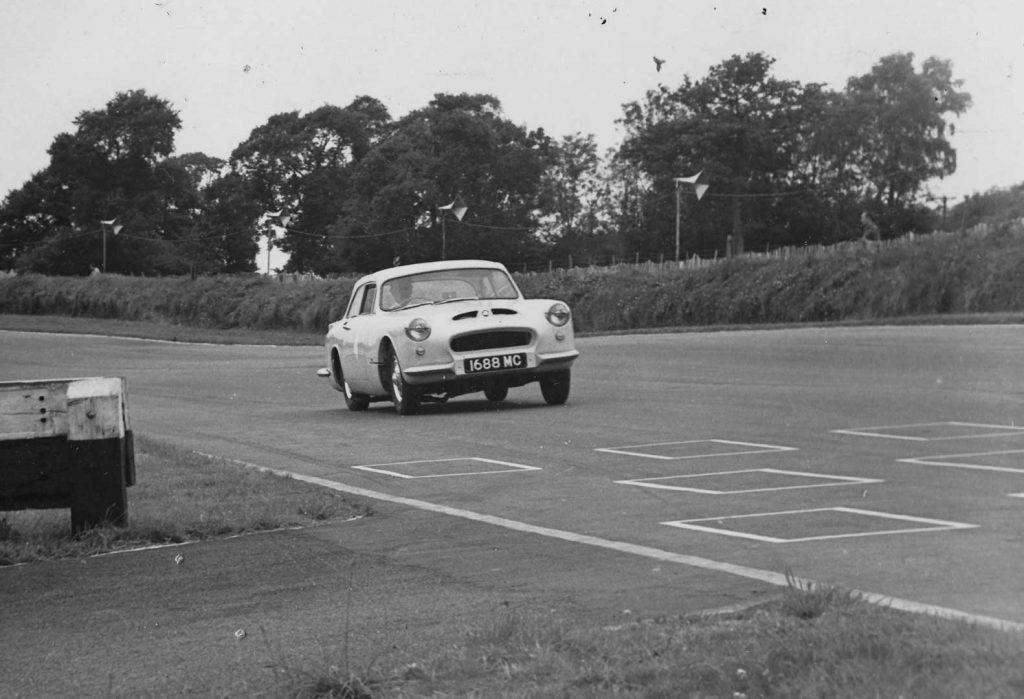 Then there were around 24 independent drivers we have found. Both male and female, including a husband and wife team. Some raced regularly and others just one race. There were some good wins and quite a few DNF and DNS. M.M. Gates competed in 14 races from 1962 to 1964. Albert Gay had his own team; Ecurie Gay Yimkin with a Peerless, Lotus Climax, TR2 and 3. He won at Goodwood in his Peerless and crashed it at Brands. That accident is a story in itself. John Todd, an American, raced eight times in the UK and nine times in the US from 1959 to 1962, racing Peerless, Warwicks and a Warwick GT350.

For more information on recent racing history, please take a look at our News page, or click here for Race Reports. 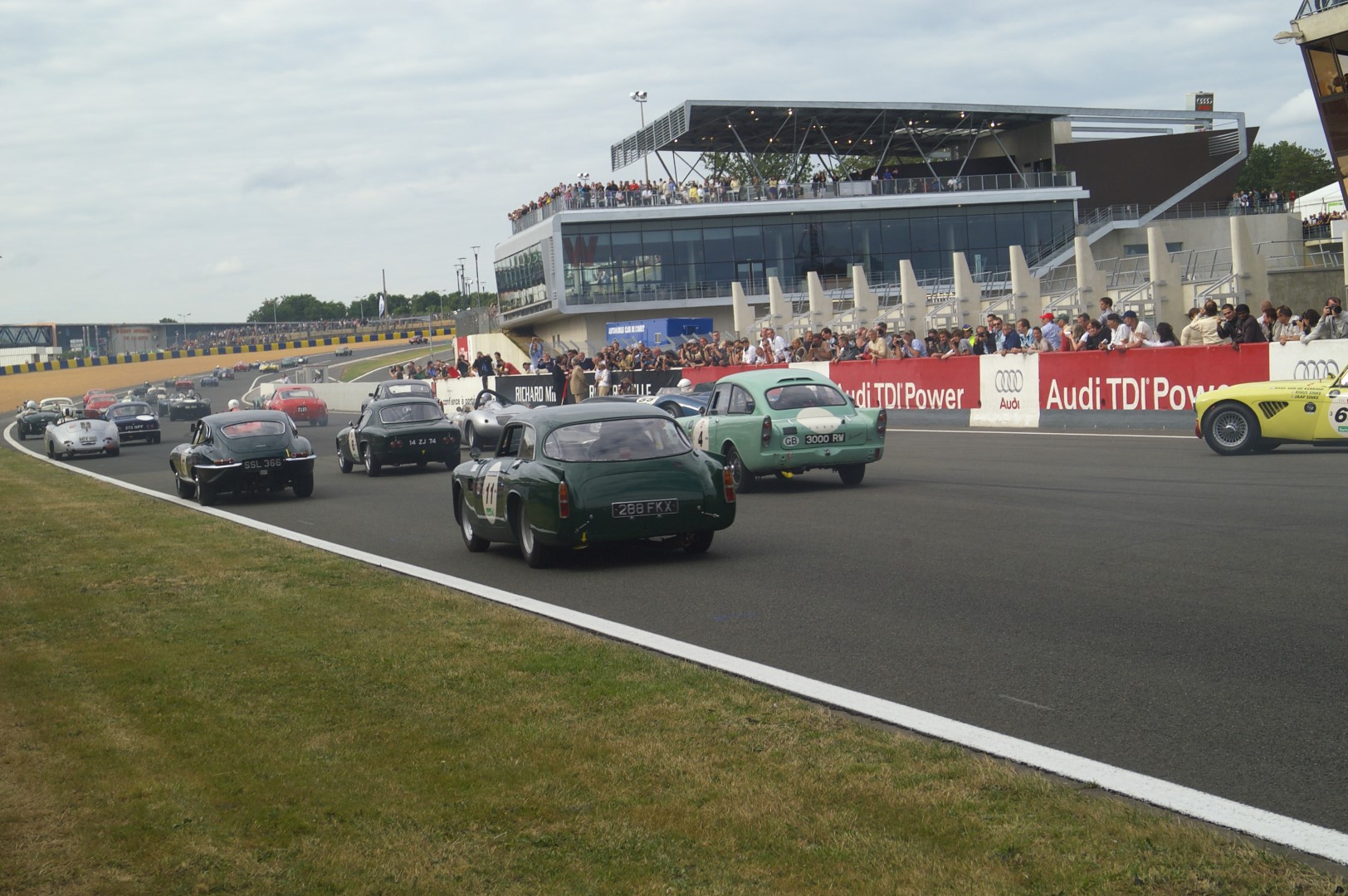 In more recent years there have been a number of cars competing globally. In the UK Celia Stevens has campaigned in a Phase 1 Peerless, and her partner Ian McDonald has raced extensively in a Warwick GT350 also. Between them, they have toured the cars around most of the UK circuits, raced at the Classic Le Mans, and also entered at the Circuit des Remparts in Angouleme, France. In the USA there are several cars that regularly race, with Paul Cressey being quite prolific. There is also a Phase 1 car in France that competed in the 2018 Classic Le Mans, driven by Andre Rocher and Alain Gadal. In Germany, Detlef Walter competes in the Triumph Competition British HTGT series in his V8-powered Phase 1 Peerless.

Below are a number of videos of cars that have raced in recent years, this is just a selection, but if you have videos of your own that you would like to share please get in touch!